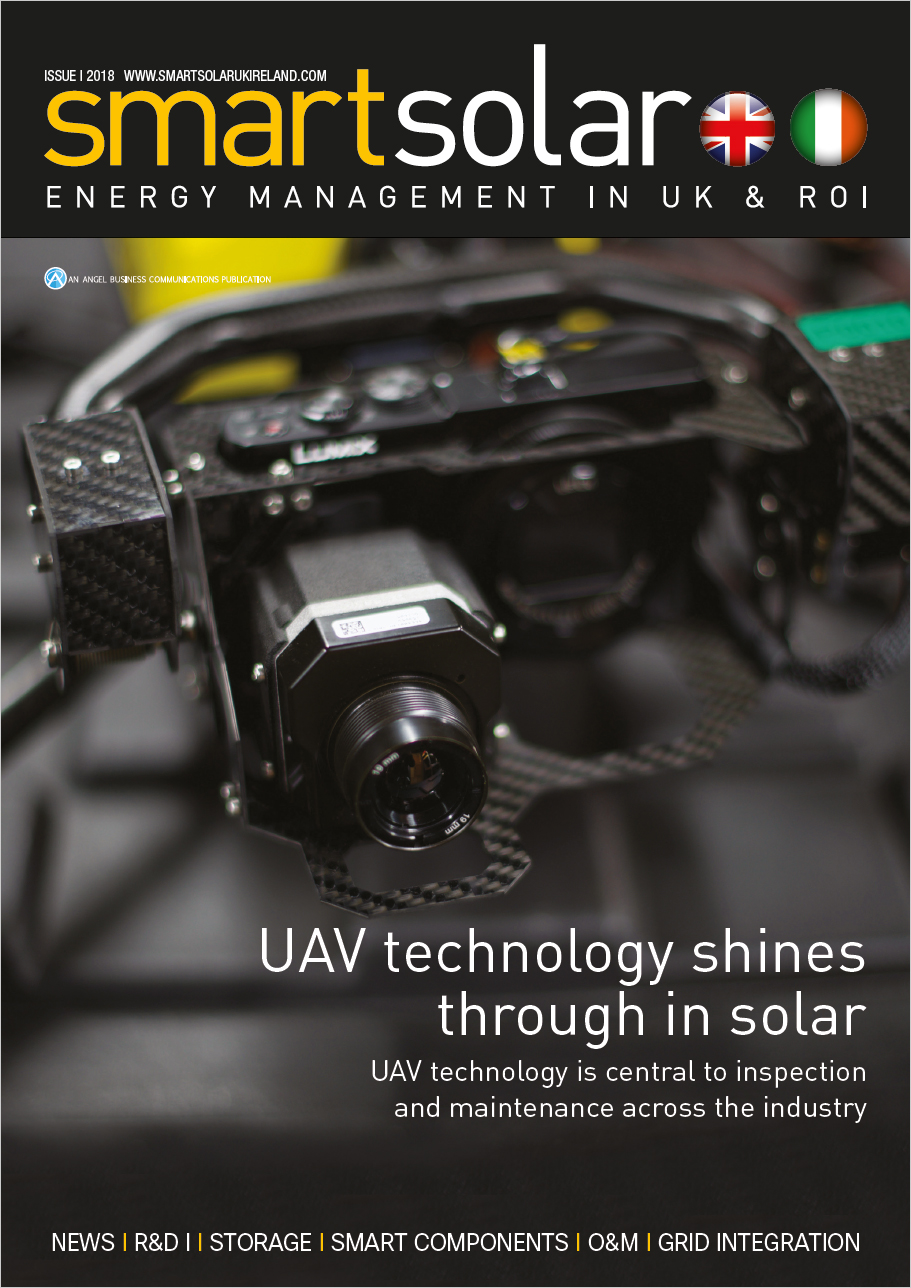 This article was originally featured in the edition: 2018 Issue I

With energy networks adjusting to a greater share of renewables in the energy mix, commitment to technological innovation will ensure that solar will deliver reliable and flexible electricity in any grid conditions. By Alison Finch, Chief Marketing Officer, Huawei Solar Europe.

As the share of renewables, such as solar and wind, in the global energy mix continues to grow, the effects that intermittent forms of energy generation place on grids has been a frequent topic of industry debate. As a result, it is perhaps less commonly known that solar PV plants are capable of delivering critical grid support services. Companies across the industry are increasingly collaborating on projects and innovating new solar technologies, which are able helping to improve the flexibility and stability of energy networks, just as Huawei FusionSolar and Wirsol did with the Lisburn Solar Park in Northern Ireland.

Strong and stable grids
One vital component of grid reliability and stability is system inertia. This is the energy stored within the high-mass rotational equipment of certain forms of generation, in particular conventional fossil fuel generators. This stored energy is used by grid operators for balancing services if there are any sudden changes in supply, or as back up during known peak times "“ such as during the adverts of X-factor, when everyone gets a cup of tea.

As variable generators such as wind and solar have become more prominent, the proportional amount of system inertia present on large-scale energy networks has reduced, which can result in an irregular power supply and sometimes complete power outages. It has therefore become increasingly important to know the precise levels of system inertia present on certain grids, particularly because drastic decreases in inertia would result in higher costs of procuring reserve services through any of the National Grid's current framework.

Delivering stability with solar
In order to facilitate grid inertia, the Northern Ireland Distribution Code aims to promote competition in the generation and supply of electricity through permitting the development, maintenance and operation of an efficient, co-ordinated and economical distribution system. In order to maintain a consistent inertia, and become compliant with the Northern Ireland Distribution Code, PV plants must be able to supply or consume reactive power, even when the site is exporting at full capacity.

In order to achieve this, Wirsol, a leading global solar energy equipment provider, partnered with Huawei FusionSolar to create a software adaptation, in order to help the Lisburn Solar Park abide by the Northern Ireland Distribution Code.

Typically, solar inverters supply or consume reactive power at the expense of active power, therefore prioritising the reactive power requirements. In order to develop an innovative solution capable of delivering functionality that is not offered by other products on the market, Huawei Solar collaborated with Wirsol to adapt the firmware and software inside its SUN2000 36KTL string inverters.

As a result, the reactive power capabilities have been greatly improved, and whilst efficiency will be monitored over time, it is currently predicted to exceed the guaranteed performance ratio of 82%. The project has been deemed a success as the 16.92MW Lisburn Solar Park received the Provisional Acceptance Certificate (PAC) and the Northern Ireland Energy Committee approved the solution for full reactive power compliance. Furthermore, the 36KTL also delivers additional benefits for the project due to its low running costs. It also helps to keep installation costs low by minimising the low voltage and communication cable requirements.

Partnering to innovate
As older conventional coal and gas plants continue to be displaced by renewable generation, it is becoming increasingly important for solar companies to develop technologies that are capable of delivering grid support services. The 36KTL solution developed by Huawei and Wirsol is a useful reference point for how collaboration and innovation within the sector facilitates projects that provide enhanced grid support, stability and increased grid resilience.

With energy networks across the globe adjusting to a greater share of renewables in the energy mix, commitment to technological innovation will ensure that solar is a technology capable of delivering clean, reliable and flexible electricity in any grid conditions.

The Smarter E Europe Is Canceled

Charging The UK To Power An EV Future

Green Jobs Could Increase 85% In 10 Years With Government Support

UK Renewables Sector Can’t Be Patched Up With Sticking Plaster

SOLARWATT Extends Its Footprint In Ireland